Born in Anchorage, Mariane Cusato (b. 1974) studied architecture at the University of Notre Dame, finishing her degree in 1997 and soon thereafter going to work for the New York firm Fairfax and Sammons. She was part of the team that traveled to Mississippi in October, 2005 to address rebuilding after Hurricane Katrina. Cusato overcame the formal and functional shortcomings of typical FEMA trailers with the design of a 308 SF cottage based on vernacular traditions. Dignified, permanent, and hurricane-proof, the design won many awards, including the American Society of Interior Designers’ ASID Design for Humanity Award (2007) and prompted the Cooper-Hewitt to inaugurate a People’s Design Award to honor the achievement. Currently a professor at Notre Dame, she publishes on house design, writes for the HuffPo, and lectures widely on disaster recovery, community design, cultural and environmental sustainability, affordable housing and traditional architecture.

Cusato’s paradigm for practice is well-nigh unique in the field, continuing the tradition, now some 150 years old, of women carving new niches within a profession that has been unaccommodating to their participation–but hopefully does not remain so, considering the significant achievements chronicled in this one slim month, which represents a much greater potential for the field.

Born in Egypt, Shahira Fahmy (b. 1974) earned degrees in architecture in 1997 and 2004, graduating with honors and winning prizes in theory and structures. After working for an engineering firm for several years, she founded Shahira Fahmy Architects (SFA) in Cairo in 2005. In addition to many local projects, the firm has also won competitions for projects in Switzerland and England. SFA’S highly collaborative design team works in virtually all scales from furniture design to city planning.

A significant architect in the Arab world, Fahmy has exhibited in Abu Dhabi, Cairo, London, Milan and Alexandria, and has taught at Cairo and Columbia Universities. She won the Medina Design Excellence Award for furniture design in 2000 and was a finalist for the Architect of the year Award in the UK in 2007. She won the Bibliotheca Alexandrina Young Architect Award in 2005, the Loeb Fellowship at the Harvard GSD in 2015 and the Berkman Fellowship for Internet and Society in 2016. For the latter, her research focused on architecture’s agency in supporting and threatening citizen rights and democracy in general. 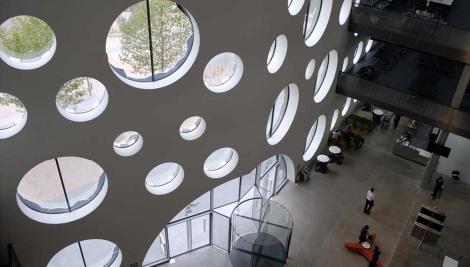 Architect, author and academic Farshid Moussavi was born in Iran. After immigrating to England in 1979, she studied at the University College London, Dundee University and Harvard’s GSD. In 1995 she co-founded the Foreign Office Architects (FOA) in London where she designed projects in Japan, Spain, Turkey, and England (including the 2010 Ravensbourne College, above). She continues to work internationally with her eponymous firm, Farshid Moussavi Architecture (FMA), founded 2011 in London. Winner of many awards, including the Kanagawa Prize for Architecture in Japan (2003), Lion Award at the Venice Architecture Biennale (2004), Charles Jencks Award for Architecture (2005), Urban Land Institute Award for Excellence (2008), and several RIBA awards (2004, 2005, 2006, 2008, 2009, 2011), in 2015 she was elected to be a Royal Academician by the Royal Academy of Arts in London.

On the academic side of things, Moussavi has taught at Harvard, Columbia, Princeton, UCLA, the Academy of Fine Arts in Vienna, the Architectural Association, the Berlage Institute and the Hoger Architectuure Instituut. She brings together her intellectual interests and practical experience in a significant body of theory and research, especially her book The Function of Ornament (2006) and its successors, The Function of Form (2009), and The Function of Style (2015). She has published widely in such journals as WIRED, RA Magazine, Architectural Review, and the Harvard Design Magazine. 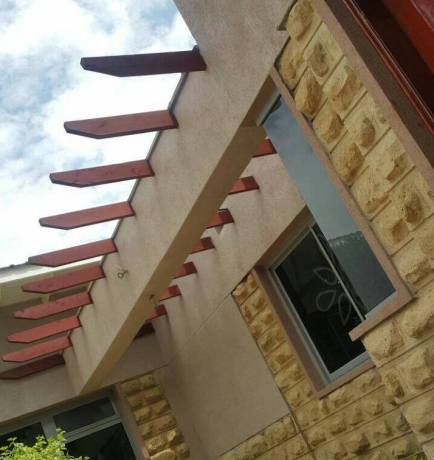 Emma Miloyo was born in Nairobi and graduated from Jomo Kenyatta University of Agriculture and Technology in 2006. She is a partner in the firm Design Source, which she founded in 2007 with her university classmate (and now husband), Chris Naicca. Design Source has built in Kenya, South Africa, Nigeria and Tanzania. A strong advocate for girls’ education and women in architeture, Miloyo works with impovershed communities through the Ex-Bomarian Education Trust Fund as well as other philanthropic boards, and has also founded a kindgergardten. The first woman to chair the Architectural Association of Kenya (as of 2015), she focuses on making the work of urban planning more evident to the public, and advocates for public awareness of design professionals. Miloyo won a 2015 Eisenhower Fellowship to study environmental sustainabilty of urban areas, smart cities, successful IT hubs, and professional mentorshp programs.

Manuelle Gautrand (b. 1961) completed her credentialing for architectural pratice in 1985. Etablished in Lyon in 1991, her office relocated to Paris in 1993. In this firm she directs projects with diverse functions, with highlights including the C42 Citroën showroom in Paris (which kind of pops on the stately Champs-Élysées, 2002), the Lille Métropole Museum of Modern, Contemporary and Outsider Art (2003), the administration center in Saint-Étienne (2006, above), the conversion of the Théâtre de la Gaîté to a center for digital arts (2008), façades on Chaengwattana shopping mall in Bangkok (2009), the AVA Tower at La Défense and Le Monolithe in Lyon (both 2010), and the Origami office building in Paris (2011). Stunning in its formal variety, her work is characterized by bold color and striking surface patterns.

Gautrand has held teaching positions in Paris, Vienna, Miami, Karlsruhe, Madrid, Oslo, and Riga, and has been further recognized by the Legion of Honor, the Academy of French Architecture, World Architecture Festival in Spain.

Kazuyo Sejima (b. 1956) was raised and even named to be independent, her parents providing her the atypical suffix -yo rather than -ko. Once determined in her future profession, she completed a master’s degree in architecture at Japan Women’s University. After working in the office of the esteemed Toyo Ito for six years, in 1987 she opened her own firm, Kazuyo Sejima & Associates. Seven years later she regrouped, partnering with employee Ryue Nishizawa to found SANAA (Sejima and Nishizawa and Associates).

Headquartered in Tokyo, the firm has worked throughout Europe and Asia on commercial buildings, university projects, residences,  theatres and museums, and is known for sparing, simple modernist designs executed with fine and finely detailed materials and awash in daylight streaming through and reflecting from miles of smooth surfaces. Highlights of their thickly impressive portfolio include the New Museum of New York City, the  Institut Valencià d’Art Modern (or IVAM), the Rolex Learning Center (Lausanne, Switzerland; above), the Louvre-Lens (Pas-de-Calais, France), the O-Museum in Nagano, and the Twenty-first Century Museum of Contemporary Art in Kanazawa. Her proposed design for a semi-transparent, mirrored commuter train in Japan is supposed to blend with the landscape and sounds like technology right out of S.H.I.E.L.D.

The firm together, and Sejima individually, have been awarded a raft of prizes from Japan, Germany, USA, Austria, Italy, Sweden, Mexico, and Germany, including Young Architect of the Year (Japan institute of Architects, 1992), Kenneth F. Brown Asia Pacific Culture and Architecture Award (1995), Minister of Education’s Art Encouragement Prize (Tokyo, 2006), Japan Architecture Award (2006), International Fellowship of RIBA/Royal Institute of British Architects (2007), StellaRe Prize (Turin, 2009) and Erna Hamburger Prize (Lausanne, 2009), and the Ordre des Arts et des Lettres (France, 2009). She has held teaching positions at Tama Art University and Japan Women’s University an Keio University (all in Tokyo), Princeton and the Polytechnique (Lausanne). She is the first woman to direct the architecture section of the Venice Biennale (2010), the same year she became the second woman to win the Pritzker Prize, in context of her collaborative work with SANAA. 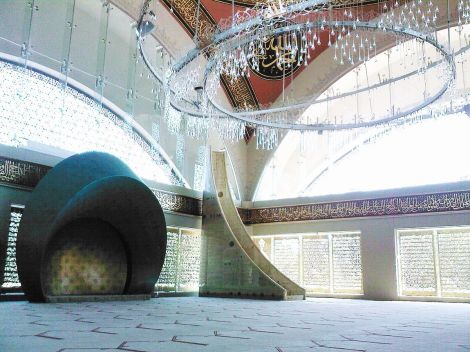 Having enjoyed a privileged upbringing in an artistic Ottoman family in Istanbul (including growing up in a waterfront yali designed by Garabet Balyan), Zeynep Fadıllıoğlu (b. 1955) first studied computer science before turning to art history and interior design. After graduating from the Inchbald School of Design, London, she founded the firm ZF Design to arrange collaborations among designers working in luxury restaurants, homes and hotels in Qatar, northern Europe, India and Turkey.

Her most notable work came from an opportunity to step in for architect Hüsrev Tayla to complete the design of the Şakirin Mosque in Istanbul (2009, above). A striking design for a project that requires significant adherence to convention, the mosque is a notable example of her commitment to fusing modern understanding with traditional values. It is highly significant as the first mosque in Turkey to be designed by a woman. 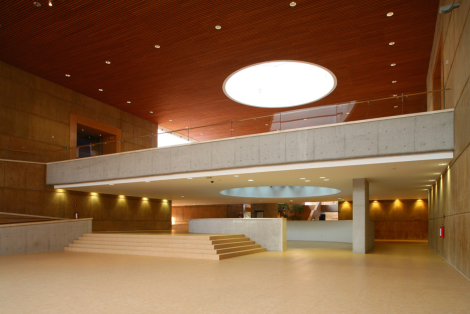 After graduating from the Universidad Iberoamericana, Clara de Buen Richkarday (b. 1954) worked in the offices of architects Francisco Serrano and Carlos Mijares before joining the firm Despacho Nuño, Mac Gregor y de Buen Arquitectos S. C. in 1984. She and her partners address the holistic urban experience, considering their work as “city weavers.” Rejecting the idea of experts dictating to the public, Richkarday emphasizes listening to clients to achieve culturally relevant, sustainable projects from museums and theatres to senior housing and metro stations. Her work has been recognized with a gold medal from the International Academy of Architecture and a prize from the city of Frankfurt am Main. 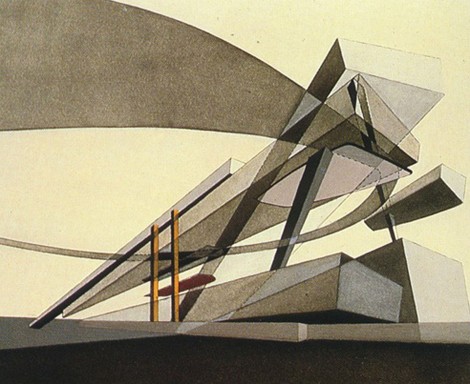 Zaha Hadid (1950-2016) was the most famous and sought-after woman architect ever. Like the vast majority of women included in this month’s study, she was born into a privileged family (hers in Iraq) with liberal and artistic leaning. Their support allowed her primary education in England, Switzerland, and Beirut, followed by professional studies at the Architectural Association in London. There, she distinguished herself as a superstar in need of her own firmament. After work with OMA in Rotterdam, she opened her own firm in 1980 and, again like many women here, conjoined teaching and practice (much of it unbuilt work that existed only in publication–like the Peak of 1983, above). She gained even wider renown when she appeared in the name-making Deconstructivism show at MOMA in 1988. Her career quickly took off in the following decade through competitions and commissions in the US, Europe, and the UAE; in the new millennium her reach expanded through Asia (China, Azerbaijan, South Kora, Hong Kong) and into diverse design fields, from shoes to yachts.

The first woman to receive the Prizker Prize (in 2004, having only completed four buildings of relatively small size) and RIBA’s Gold Medal (2015), she also won the Stirling Prize (twice: 2010 & 2011), was knighted (2012), and picked up other significant honors along the way (like the Republic of France’s Commandeur de l’Ordre des Arts et des Lettres and Japan’s Praemium Imperiale).

Hadid’s impact was global; her legacy profound. And yet her identity always included the asterisk, always the modifier, always the adjective (as succinctly stated by Gloria Steinem: Whoever has power takes over the noun – and the norm – while the less powerful get an adjective.) Her explosive creativity was heralded but constantly gendered, even by the press that fawned over her: “queen of the curve,” reminding readers both of the female body and its secondary position to a true ruler (if one associates the phrase with medieval lore, rather than the potential power of the chess piece). Even stupid Wikipedia does her the disservice of including her in a gendered subheading within their entry on “Iraqi Architects” (below). Hadid died knowing that in spite of having achieved everything a male peer might have aspired to (not only as the most prominent woman in practice but also the most famous Arab architect in the world), she remained on the outskirts of a world dominated by fraternities in which she–and so many others–remain unwelcome. 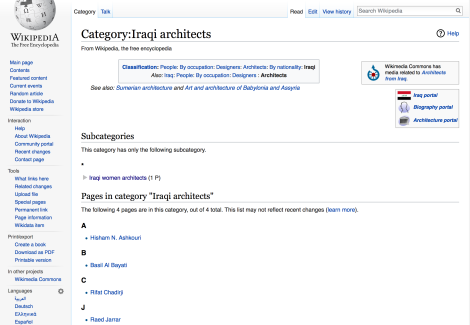